This assignment was far more involved than I had originally planned. My first take at this was to interview my subject on what it was like being a graduating college student. However the subject was uncomfortable with the subject, feeling like it was a job interview, and requested a change in subject. I knew that I had to make my subject comfortable so I decided to change the interview topic to something I knew he could talk a lot about, music. 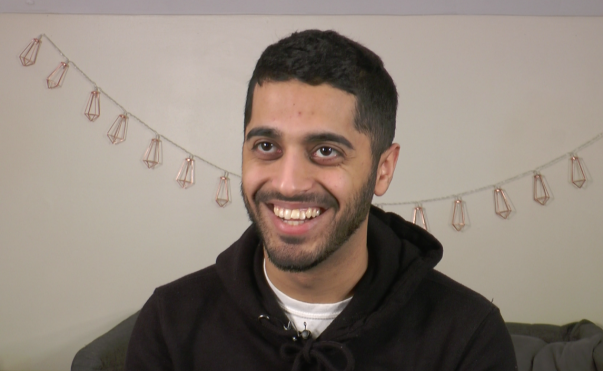 Re-shoots began and the interview went a lot smoother this time around, and this time the subject was more comfortable and was giving better answers. However then the second problem I ran in to came up. In post I noticed that the mic was incorrectly set up and the audio came back unusable.

So then I the third round of re-shoots. Everything was going fine this time around, the mic was set up correctly and the subject was comfortable. I had also taken the feedback of posing my subject in a space that had some background depth.

And then finally after uploading and editing I managed to make a video I was happy with. If I could take anything away from this it would be that planning in advance and double checking everything is not something you can skip. Even though I may have thought I planned ahead and thought that I had everything under control the unexpected will always end up happening and you need a plan with how to deal with that.

In the end I still believe that I did some things correctly. I think that I was very adaptable to my subject’s needs and I could tell he really appreciated that I listened to him when he seemed uncomfortable with the first round of shoots. I also believe that I did the best I could under the stressful circumstances and still managed to create a product I was proud of.